You can meet face-to-face or online with our lawyers who are experts in the field of health law. 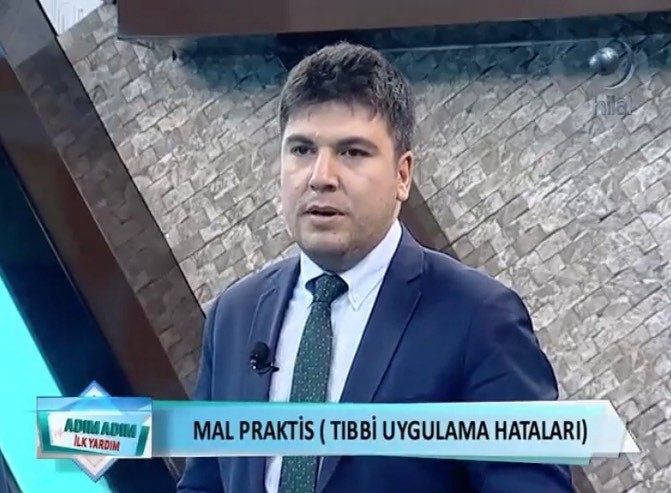 malpractice; are the wrong health practices of doctors, hospitals and other health workers. In short, it’s the doctor’s fault.

Malpractice is “harm of a patient due to ignorance, inexperience or indifference, malpractice of medicine” (Turkish Medical Association Code of Professional Ethics for Medicine, art.13).

According to the World Medical Association, malpractice is “the damage caused by the physician’s failure to perform standard, up-to-date practice during treatment, lack of skill, or failure to provide treatment to the patient”.
The patient has the right to file a lawsuit for compensation for the damage.

The doctor has a duty of care and treatment towards his patient. The doctor is responsible for all his faults, even minor faults. Therefore, the Doctor must fulfill this duty in the best way possible. Otherwise, the patient or his/her relatives may have to pay compensation due to the compensation lawsuit filed, and if their actions constitute a crime, they may also have criminal liability.

The patient should follow the doctor’s instructions for proper treatment. On the other hand, the doctor also has duties towards the patient. The doctor has to carry out his treatment without any mistakes. Because the doctor is responsible for the damage caused by even the slightest defect in the field of his profession.

How to Eliminate the Suffering of the Patient or Patient’s Relatives?

The doctor and/or hospital are obliged to compensate for the damages caused by all the mistakes made during the treatment phase. In this case, patients and/or their relatives can defend their rights by filing a claim for compensation for the damage.

It is against the legal relationship between the doctor and/or the hospital to harm the patient due to his/her care or treatment duty, not performing fully or properly or incompletely.

Victim Patient or Relatives; Who and How to Sue?

The Hospital Type is Decisive on the Path to Be Followed while Filing a Lawsuit!

“Who will be compensated for the damage suffered by the patient and how?” The answer to the question will be different if the treatment takes place in a public hospital or a private hospital.

Against Who Should A Victim Patient In The State Hospital File A Compensation Case?

Only the state can be prosecuted for the mistakes of a doctor who is a civil servant!
Compensation lawsuits arising from the faults committed by civil servants and other public officials while using their powers can only be brought against the administration, that is, the state to which the hospital is affiliated. The administration is obliged to compensate the damages caused by the “service fault” of the public servant physicians.

Lawsuits should be filed against the state for compensation for damages incurred due to malpractice cases in state hospitals. However, if a civil servant doctor or other health care worker has a personal fault “can leave office”, a lawsuit for compensation can be brought directly against the doctor or other health worker. This issue can be determined by technical legal review. If the personal error of the doctor and the error of the hospital organization (we can briefly call it hospital error) can be separated while providing public service, and in this case, if the personal error of the doctor stands out compared to the hospital error, it will be possible to file a lawsuit for compensation directly against the doctor, who is a civil servant. It is important to make this determination in terms of filing the compensation case against the right person in the right court. A lawsuit filed in the wrong court will result in serious loss of rights.

A service defect is defined as an objective defect, malfunction or gap in the establishment, arrangement or operation of a service that the administration is responsible for carrying out. It occurs when the service is rendered poorly, late or not at all, and leads to the obligation of the state to pay compensation in compensation cases (full remedy cases) to be filed against the state.

Against Who Should a Patient Who Is A Victim in a Private Hospital File a Compensation Case?

The damages suffered by the patient can be claimed from both the doctor who made the mistake and the private hospital!

Health services are also provided through private hospitals, which have become more widespread in recent years. Due to the public nature of the health service, private hospitals are subject to strict control and rules. For this reason, private hospitals should employ doctors and personnel who will provide health care in the best way, and should ensure that doctors perform the most accurate and attentive treatment.

According to the Supreme Court of Appeals, the private hospital operator, in addition to the fact that he must act as a prudent merchant in his capacity as a merchant, must also show the necessary loyalty and care in order not to harm the patient and his relatives in special cases, since the service he performs is a public health service that closely concerns the right to life. The private hospital should show all the care in selecting and supervising doctors and other auxiliary personnel, and should show the same care in the preparation of other conditions in the treatment of the patient.